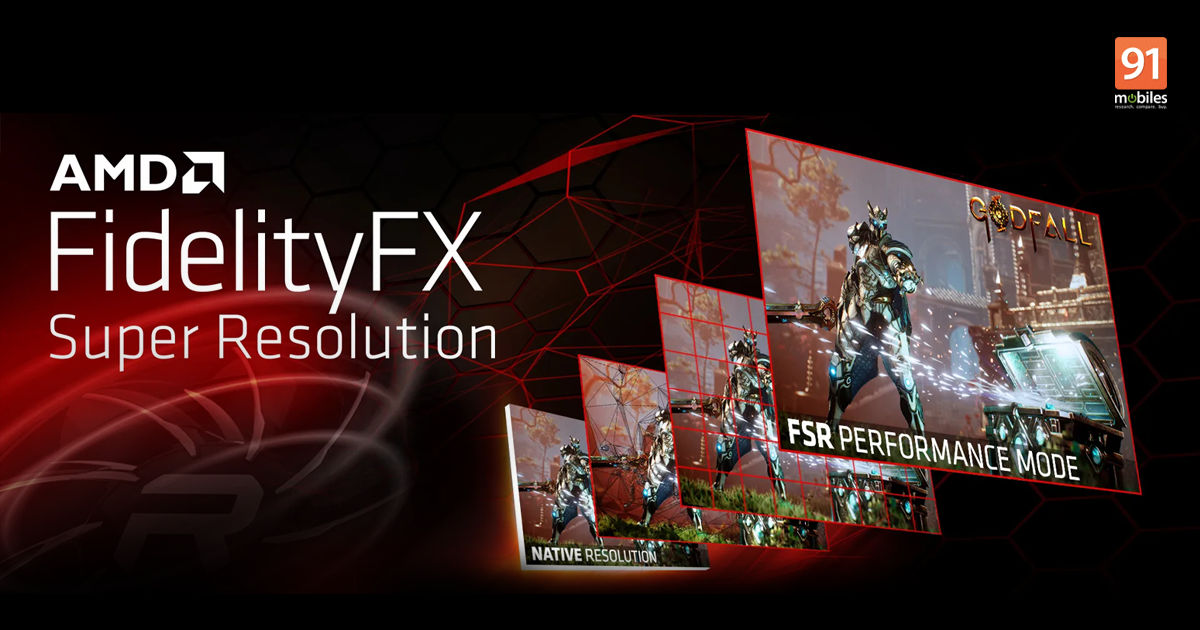 Early last year, AMD announced its FidelityFX Super Resolution technology, creating quite a stir in the gaming industry. It has come as a godsend for PC gamers who have always wanted better performance from their games. At its heart, it’s an image-upscaling technology meant to improve the overall performance of your games. Earlier this year, the company released version 2.0 of this technology with new tools for developers to take advantage of. Over 110 games are now supported by AMD FidelityFX Super Resolution, and the list continues to grow. Let’s dive deeper into its offerings to understand why gamers are thrilled about it.

What does AMD FidelityFX Super Resolution actually do?

For any gamer out there, whether they’re enjoying intense battles in God of War or navigating crazy time loops in Deathloop, performance is king. But going to higher settings usually means a drop in framerates. It requires over-performance and restructuring. FidelityFX Super Resolution from AMD is developed with the help of a state-of-the-art spatial upscaling algorithm that delivers super high-quality edges and distinctive pixel detail, while greatly improving performance, especially when demanding effects like ray tracing are turned on.

There are four quality modes that gamers can choose from to suit their image quality demands. With AMD’s FidelityFX Super Resolution, gamers can expect an average 2.4x increase in performance when running select games at 4K. The great thing about this technology is that it is not limited to just AMD CPUs and GPUs. Multiple platforms and graphics cards can take advantage of it to deliver stunning visuals.

How does it work?

The first step in this process is reducing the render resolution of the game you are playing. It certainly improves performance but what about lower resolution? Well, at the same time, the engine is upscaling the input back to your target resolution with its own unique algorithm. This brings super-resolution output to near-native resolution image quality. As you can see, the magic is in the upscaling process, which involves analysis of the source image, edge detection, and reconstruction of frames in high definition at the target resolution.

And these are not just real-time processes. To improve the final output, FidelityFX Super Resolution also applies sharpening to further improve image quality by enhancing pixel detail. The resulting visuals have super high-quality edges and distinctive pixel detail that cannot be seen with any traditional upscaling technology. From a normal viewing distance, the image quality of a game running at FidelityFX Super Resolution is indistinguishable from the original image, and in addition, you also get the benefit of vastly improved performance.

What are the different modes of FidelityFX Super Resolution?

This AMD technology does its own thing seamlessly but also puts a bit of control in your hands. There are four quality settings to choose from, depending on whether you still want to achieve the best image quality with a significant performance boost or want to keep performance above all else. The first such setting is Ultra Quality, which is adept at producing virtually unrecognizable image quality with decent performance, so don’t expect really high framerates here. The second is Quality mode, which provides better performance with image quality closer to native rendering.

The third mode is called Balance and, as you might imagine, offers the best of both worlds. The last FidelityFX Super Resolution mode you can take advantage of is performance, which visually affects image quality but provides the ultimate performance your hardware can handle. As you can see, each of these modes boosts performance to varying degrees, along with multiple image quality options.

One of the biggest advantages of AMD FidelityFX Super Resolution is its flexible nature. It works on Ryzen processors and Radeon graphics cards as well as Nvidia graphics cards. Not only that; It also has really low hardware requirements. The technology runs on any graphics card that supports Shader Model 5.0 or higher. And the list of games that support it is always growing. Currently, these include AAA games such as God of War, Deathloop, Marvel’s Spiderman Remastered, Tiny Tina’s Wonderland, Ghostwire Tokyo, Hitman 3, Microsoft Flight Simulator and many more. AMD has already made a huge impact on the gaming industry recently, and FidelityFX Super Resolution is another innovation that speaks to the company’s efforts in the space.