Realme GT5G With each passing day the symptoms become clearer. The smartphone is set Will launch in China next week And the company already has the Snapdragon 888 chipset, stainless steel VC cooling system and Vegan Leather Design. The new poster now reveals that the RealMe GT5G will come with a 120Hz Super AMOLED display Spotted By Tipster Mukul Sharma. Earlier this week, it was rumored that the RealMe GT5G would be priced below Rs 2,999 (approximately Rs 34,000). According to RealMe VP Ju Qi Chase, it will be the first Snapdragon 888 powered phone with an in-display fingerprint sensor under the CNY 2,999. 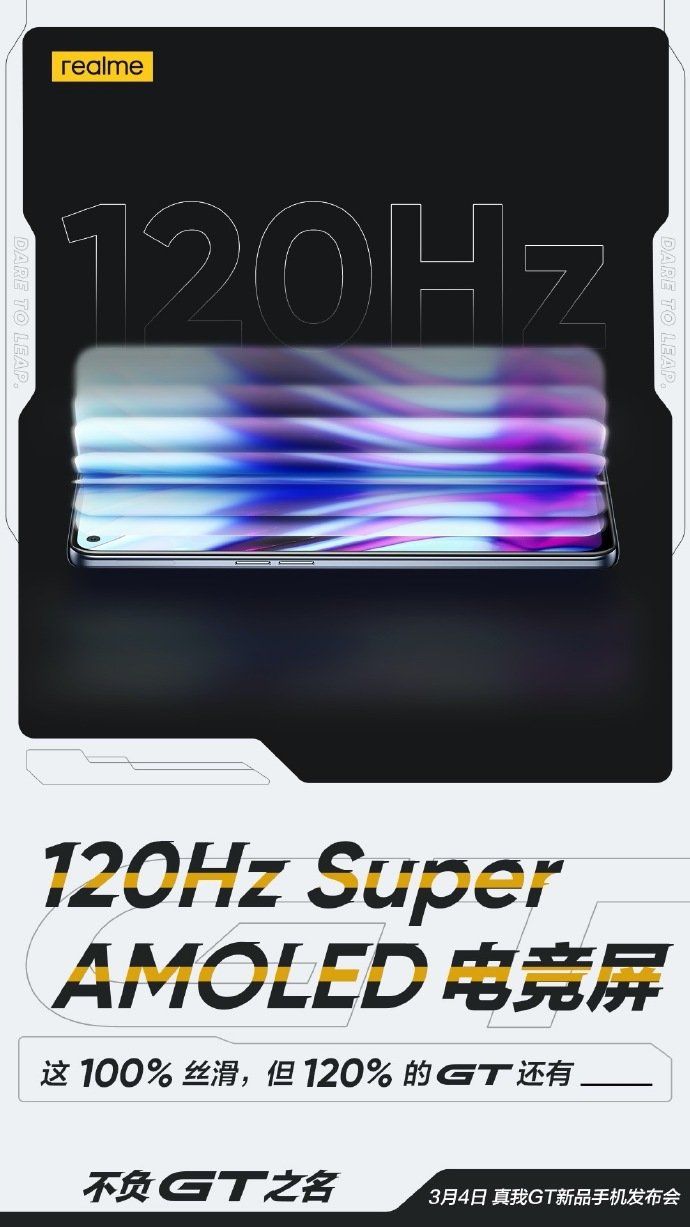 As you can see from the poster, the RealMe GT5G features a Super AMOLED display with a corner punch-hole cutout for the selfie camera. The display supports smooth refresh rate up to 120Hz. The smartphone also comes with an under display fingerprint sensor. However, the company has not yet officially revealed the screen size.

In addition to the 120 Hz Super AMOLED display, the RealMe GT5G flagship also rocks the Snapdragon 888 chipset. The phone comes with 8GB of RAM and 128GB of internal storage, with more configurations to look forward to. The RealMe GT5G has a 5,000 mAh battery with 65W or 125W fast charging support. The smartphone comes with a 64MP AI triple camera system and a dual-tone wagon leather design with a standard finish. The flagship also comes with a stainless steel VC cooling system. Other features include 5G support, Wi-Fi 6 and Android 11 based RealMe UI 2.0.

The RealMe GT launch in China is set for March 4th and we hope to know more about the phone specifications in the coming days.