Samsung Galaxy A32 4G The price and features have been revealed as the phone is officially launched worldwide. It comes After the company Introduced The Galaxy A32 5G Model last month. The Samsung Galaxy A32 has a design similar to the 5G variant with 4G waterdrop notch, quad cameras and slim bezels. This is the first mid-range phone from the company with a 90Hz display. Key Galaxy A32 4G specifications include MediaTek Helio G80 Sosi, 5000 mAh battery and Android 11 OS. Separately, the Samsung Galaxy A32 4G India was launched by the South Korean giant and a Microcyte It will also be live to inform interested customers about the launch. 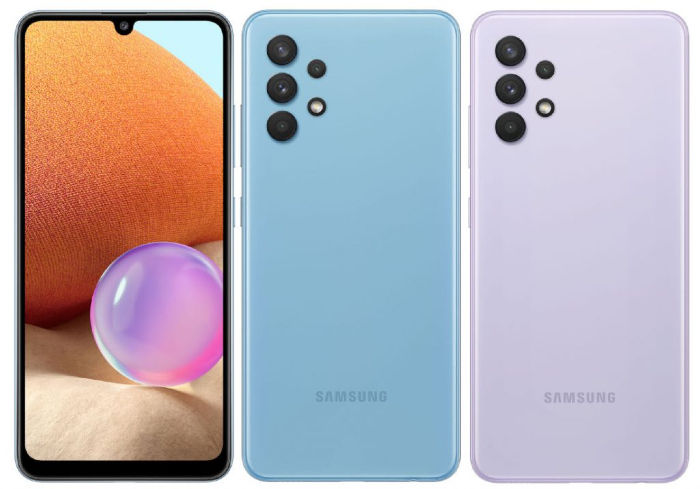 Features of Samsung Galaxy A32

The Samsung Galaxy A32 has a 6.4-inch FHD + AMOLED Infinity-U display with 90 Hz refresh rate, 800 nits brightness and Corning Gorilla Glass 5 protection. It is compatible with the MediaTek Helio G80 SoC Mali-G52 2 EEMC 2 GPU, up to 8GB RAM, and 128GB storage via a microSD card. The phone runs on Android 11-based OneII 3.0 custom skin. The handset packs a 5,000 mAh battery and supports 15W fast charging.

In terms of cameras, the back of the Samsung Galaxy A32 has a 64MP (f / 1.8 aperture) primary sensor, 8MP (f / 2.2 aperture) ultra-wide lens, and quad cameras with a depth of 5MP (f / 2.2 aperture). Sensor, and 5MP (f / 2.4 aperture) macro lens. The front has a 20MP snapper for selfies and video chats and an in-display fingerprint sensor for security. Connectivity features include 4G LTE, dual-band Wi-Fi, Bluetooth 5.0, GPS and USB Type-C port for charging and data synchronization. The phone measures 73.6 x 158.9 x 8.4 mm and weighs 184 grams. It has the support of Dolby Atmos.