The Geo Phone 2021 offer, which offers two years of unlimited voice calls and data and new, has been announced Geo Phone At the price. Under the new Geo Phone 2021 plan priced at Rs 1,999, customers will get unlimited calls to any network and 2GB of high-speed data per month for 24 months. There is also an offer of Rs 1,499 which brings 1 year unlimited plan and new Geo phone. The data and call benefits are the same for both packages. Geo said the offer comes as part of the ‘2G-Free India’ (2G-Free India) movement. According to the telecom network, customers will have to pay around Rs 5,000 for unlimited service on such feature phones and other networks. The new Geo Phone 2021 offer will be available in India from March 1 at Reliance Retail and Geo Retailers. 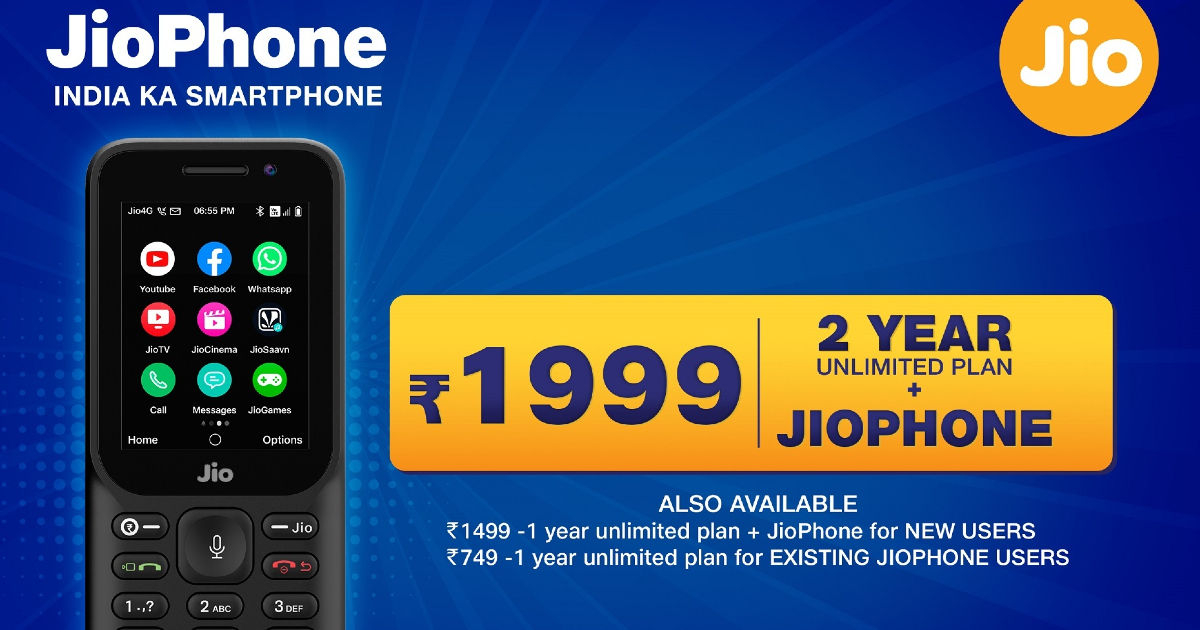 Geo is also offering 12 months of unlimited data and voice to existing Geo phone users. Under this, customers get unlimited voice calls and 2GB of high-speed data for just Rs 749 per month. Geo says customers do not have to recharge for a year if they opt for the unlimited pack. The telecom network claims to have successfully upgraded 100 million users to the Geo phone platform so far. For those unfamiliar, Geo Phone supports popular apps such as Facebook, WhatsApp, YouTube, GeoTV, GeoSavn, Geo Games, and more.

Reliance Jio Director Aakash Ambani said, “At a time when the world is standing at the brink of the 5G revolution, the 300 million subscribers who could not access the basic features of the Internet in the 2G era are still in trouble in India. For the past 4 years, Geo has democratized the Internet and provided the benefits of technology to every Indian. Technology no longer remains a privilege for the select few. The new Geophone 2021 offer is another step in that direction. At Jio, we take bold steps to eradicate this digital divide and welcome every Indian to join this movement. ”